As the blog grows longer, it gets tedious retrieving a posting from several years or months back: it doesn’t show up on the Home page any longer and -unless it’s a favourite reading item- all you can do is scan through the archive month by month or try Google to look it up. This list gives an overview of all postings by topic.

Selecting precious metal miners and explorers
22 april 2019
Searching for excellence
Precious metal explorers as investment vehicles have a long standing track record of extreme volatility. As Rick Rule of Sprot Asset Mgt. USA uses to formulate it: “We have known both the thrill of victory and the agony of defeat”.


Long term performance of gold miners
24 April 2018
Previous few postings have warned against betting on leverage when investing in gold mining stocks. Miners occasionally outperform when gold rallies really get traction. They seldom even prove a decent investment when a substantial number of influential investors are convinced that the bottom is in for the gold price. However, miners more often lag the metal while it's rising or slide precipitously upon gold weakening.

What may spark the next miner rally?
25 March 2018
Miners lagging the metals has been an understatement.
Even during last week, with gold up over 2.5% on balance, closing at $1346.8 the miner response was quite meek.  The HUI gold miners index added 3.33%; admittedly more, yet little convincing.

Miner ETF's going down with the herd
30 nov 2017
Miner ETF's are not a valid alternative to avoid the lagging of precious metal miners compared to bullion or bullion ETFs.

Global mine production of Gold and Silver
12 May 2017
While explaining very long wave patterns in precious metal prices, it is often stated that "low prices are the cure for low prices". The underlying rationale is that low prices impose marginal mine production to close down thereby diminishing global output. (...)

A benchmark between Large Cap Gold Miner ETFs
12 Sept 2016
The first severe correction since the onset of the gold miner recovery that started late January raised doubt and fear among investors. Not surprisingly miners gave way much more than did precious metals.

The rising tide lifting all boats
12 July 2016
"A bull market in mining stocks is beneficial to all of them" is what is depicted by this blog title. Is it really true? Or more precisely to what extent it is true?

Worldwide mine production of gold and silver
27 April 2016
A commonly stated explanation for low (or high) precious metal prices is that "low prices are the cure for low prices". The underlying rationale is that low prices impose marginal mine production to close down thereby diminishing global output. High prices would then allow mining companies to ramp up production by bringing on line mines and ore layers that were not profitable at the much lower precious metal prices. These are simplifications, tending to overlook the essential.

Precious metal miner ETF's: a benchmark
June 12, 2014
The 2013 cyclical gold bear market and the crash of precious metal mining stocks leaves investors shattered. Some have been lured in again during the early 2014 recovery, while others are waiting to get their toes wet. A few mining analysts left the scene, while many saw their audience dwindle. Investors with limited funds and/or time for a due diligence study may gain exposure to the precious metal mining sector through purchasing one of the exchange traded funds (ETF's).

The volatile NYSE Arca Gold Bugs Index
Nov 7, 2014
Since a couple of years, precious metal miners are the absolute dogs of the stock market. Every recovery we enjoyed has rolled over, followed by an even deeper trough than the previous bear market bottom. Even before gold peaked in August 2011, miners had been lagging the rising price of the metal.


Gold mining: the fading away of an industry...
Sunday, 29 September 2013
The protracted downtrend of precious metal prices may have run its course, there is however no clear indication of much higher gold and silver prices in the near or medium term future. Gold is moving sideways, unable to uphold $1400 for more than a few days. Producers are scrutinizing their mining sites and not without reason. Production at mines with high total production costs may need to be scaled back. Any new mining development will need to factor in lower gold prices going forward and the internal rate of return will be substantially lower...


Explorer shake-out coming
Saturday, 9 March 2013
Several illustrous precious metal mining gurus have been warning for it: an explorer shake out is coming.
As Rick Rule uses to phrase it: "Many explorers will inevitably tend towards their intrinsic value: zero", qualifying the typical ill managed nano-cap as "would-be explorers lead by butchers, bakers and candle stick makers".

The hard life of a mining investor
Monday, 10 December 2012
Mining Shares versus Precious Metals
The precious metal side
Investing in precious metal bullion is relatively easy: you have only two (or three including platinum) metals to choose from. Coins or bars makes little difference: the premium is higher the smaller the item. (...)

Gold explorers have a long way to go
FRIDAY, 28 SEPTEMBER 2012
Several gold explorers have popped and some have doubled (or even more). Does this mean the best days already are behind us? Not quite. If some gold explorers put down a stellar rally over the last few weeks, this mainly is some recovery after the dire malperformance during the preceding months, when explorers were slashed and diced, leaving investors with a couple of dimes on the dollar.

No mercy for gold explorers
Jun 27, 2012
A gold explorer ETFEarly October 2011, I pointed to the poor performance of junior gold stocks and of explorers in particular. With GLDX, the Global X Gold Explorer ETF, we have a suitable benchmark...

Benchmarking the HUI versus the XAU
Apr 09, 2012
There are two gold and silver miners indices frequently referred to: the Philadelphia Gold and Silver miners index with ticker ^XAU (data since Dec 19, 1983) and the AMEX Unhedged Gold...

Selecting explorers and junior miners
Mar 27, 2012
Searching for excellence
Precious metal explorers as investment vehicles have a long standing track record of extreme volatility. As Rick Rule of Sprot Asset Mgt. USA uses to formulate it:“We have known both the thrill of victory and the agony of defeat".

Long term performance of large cap precious metal miners
Abstract
Article originally posted on March 12, 2012
There are a couple of benchmark indices around composed of major precious metal miners. The more common one is the AMEX Unhedged Gold Miners index with ticker symbol HUI. The index is around...

Junior gold miners and explorers lagging majors
Oct 10, 2011
On the gold miner pulse page of this blog, I have been pointing to the dramatic underperformance of juniors in the brutal miners swoon caused by the recent severe gold correction. Since early April,...

GLDX: the proof of the pudding is in the eating
May 27, 2011
An earlier posting: “GDXJ or GLDX, what to choose in the Gold Exploring Realm?” has been focussing on the differences in approach and ‘investing universe’ between the two ETF’s. As GLDX now has a...

Junior Precious Metal Miners Outperform
Mar 21, 2011
Large Miners underperform precious metals. There is plenty of evidence that major gold stocks could not keep up with the rising price of gold. Measured by the HUI/Gold or XAU/Gold metric, major gold stocks...

A Junior Gold Mining Index
Mar 07, 2011 - Those investing in junior gold miners or explorer/developers may scan through their own little universe of stocks they have invested in or are planning to do so. They certainly look at graphs providing the necessary view on historic performance,...

GDXJ or GLDX, what to choose in the Gold Exploring Realm?
Feb 11, 2011
The GDXJ ETF issued by Van Eck has become a reference for precious metals mining investors. Launched only 15 months ago, GDXJ has grown to 2.18 Billion $ by Feb. 7.It counts 60 different positions among explorers & developers and some emerging...

Valuation Metrics of Canadian Gold and Silver Miners
Oct 18, 2010
When dealing with mineral rights of mining enterprises, Canada has its NI 43-101 Metal Valuation Report, a standard for mining companies to comply with when reporting on their reserves and resources. Those documents are stored and can be retrieved...


Investing directly in juniors or through the GDXJ ETF?
- Oct 31, 2010
In a recent essay, Adam Hamilton of Zeallc.com pointed to the strong performance of the GDXJ Exchange Traded Fund since it was launched hardly one year ago by Van Eck. Especially last two months GDXJ is outperforming both the large cap focussed GDX...


Links to other topics pages:

Platinum group metals, a story of scarcity and industrial needs

Among precious metals, platinum deserves special attention because of several of its characteristics. Unlike gold or silver, platinum is an... 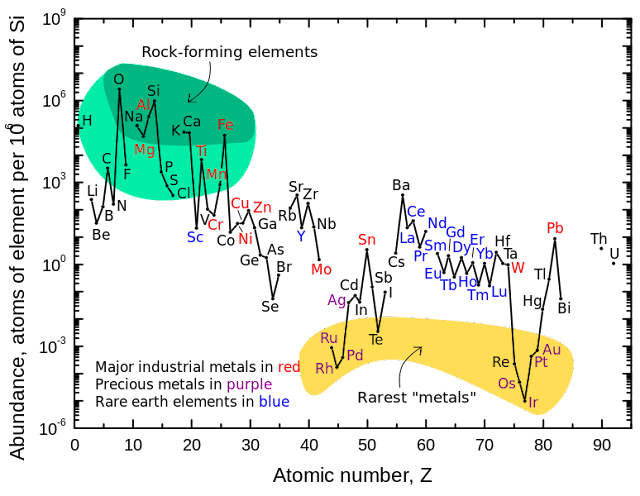