Worldwide mine production of gold and silver

A commonly stated explanation for low (or high) precious metal prices is that "low prices are the cure for low prices". The underlying rationale is that low prices impose marginal mine production to close down thereby diminishing global output.  High prices would then allow mining companies to ramp up production by bringing on line mines and ore layers that were not profitable at the much lower precious metal prices.  These are simplifications, tending to overlook the essential.


From identified resource to mine

Exploration is a risky and time consuming business. Geologists may identify several anomalies which make them a plausible location for a gold containing layer. Airborne surveys may confirm the likelihood of some mineralization. A drill program is then set up and drill core samples are sent for assaying. An initial success only entails more work to do. What is the extent of the layer and does it contain an ore grade which may allow a profitable mining operation? 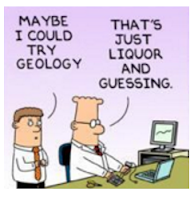 All answers remaining positive, an environmental impact study will need to follow and a bank feasibility study to allow financing. The start of the mine construction may follow over a decade after identifying the ore body.  Cranking up metal production may take some more time.  By the time the mine is fully operational, market conditions will invariably be quite a lot different from those when the first exploration successes came through.
While a site is operating there are current exploitation expenses and a series of investments in the mining property necessary to sustain production over the life time of the mine.  Production is going to be maintained as long as the current expenses and investments to sustain production allow making a profit, regardless of what the initial investments may have been.
The long cycle from discovery over permitting to construction and final operation and the hefty initial investments involved, imply that production does not increase as prices start rising, nor does it decline as precious metal prices slump.

Gold production peaked in 2001, at the end of a 20 year gold bear market with the yellow metal quoting between monthly averages of $260 to $280. Exploration had been a little successful on-off game during the gold bear market. Exploration efforts were smothered and projects under development were suspended during the harsh late gold bear market from 1998 till mid 2001. Gold production continued its decline until 2008. Seven years into a secular bull market were required to stave off the production decline. Too many new projects however generate margins which -at the current gold prices- won't pay for the initial investments.

There has been a "free gold market price"(**) ever since the London gold pool ceased to keep the gold price fixed at the official $35/Oz in 1968. After the gold convertibility of the USD was revoked in 1971, the free gold price started rising from $41/Oz to near $200/oz in December 1974 correcting to $104/Oz by end August 1976. It then started its slow ascent, accelerating throughout 1979 to the parabolic surge in January 1980, peaking at $850/Oz intra-day. Gold production volume has been declining throughout the 1970's. Production didn't resume its upward trend until after the gold price ultimately peaked in 1980.

During the 1980's, the increasing use of cyanide leach pads has allowed a much higher gold extraction, especially from lower grade ore. This technology break-through brought about a one-off level shift in the quantity of gold produced. In some cases former tailings could profitably be used to extract more gold. By 1990, the use of leaching had become general, leading henceforth to a lower growth rate of the global gold production.

What about global silver production?

Silver bulls tend to point to a relatively low global silver production as a reason why silver is undervalued relative to gold. You find the production data below:

With a production quantity barely 9 times higher than that of gold and a price tag still over 70 times lower, the global silver production value is dwarfed by that of gold.

The above data only refer to gold and silver mine production volumes. They don't include any other metal production, notably from recovery or government and central bank sales or purchases.  A few rather general remarks on the tendencies of the non-mine supply.

Ore availability in the earth crust

Repeatedly silver market insiders point to the limited abundance of silver in the earth crust, being contradictory to silver being that much undervalued relative to gold. The historic (early 19th century) value ratio of gold relative to silver (about 16:1) is claimed to find its origin in the ore availability. It is a notable misunderstanding or twisting of evidence.

The above Wikipedia link contains several reference sources for the element availability in the earth crust. Only three of these contain values for both the abundance of silver and gold. The three sources don't vary much on the amount of silver estimated in the earth crust. Abundance values vary from 0.07 ppm to 0.08 ppm (parts per million). For gold, the estimates vary more dramatically from 0.0011 ppm to 0.004 ppm. For the three sources, the implied silver to gold ratios are 19, 26 and 64 respectively. Only cherry-picking the lower silver abundance estimate combined with the higher gold one allows to come near the 16-ratio claimed. The higher ratio would 'justify' the current gold to silver price ratio, however I'm inclined not to follow this line of thought. The source concerned shows some more unexpected data raising doubt on its accuracy.

With a current silver production 9.1 times that of gold and silver being between 19 and 26 more abundant in the earth crust, replacing the reserves of silver mined by new reserves may be less critical than what's the case for gold. Moreover 70% of the silver mined comes as a by-product of other non-ferro metal mining (mainly copper or else lead, zinc and tin). Some gold mines also have a significant silver production, however they contribute only a minor fraction to the quantity of silver mined as byproduct. Replacing the reserves mined is crucial only for primary silver mines. They may still have the luxury of cherry-picking the better and profitable ore grades around. With silver prices about 66% off their 2011 peak, this helps explaining why silver miners haven't completely gone out of business by now.

If the gold price slide only came near the one experienced by silver, we would face major shutdowns of production sites and a potential bankruptcy of the majority of gold producers within a year.

For the very first time, the 'peak-gold production' issue has been addressed by Goldman-Sachs, which has a track record of notorious gold-bear and has earned big on the gold price decline since late 2011. If they have switched positions from short gold to long, this must be their first public statement in support of the gold price since several years.
In 2015 the growth of the gold production volume slowed, which may indicate reaching peak-gold production.  Among the ten largest quoted gold mining enterprises, five added to their production volume, while the five others reduced their output volume. Their combined output increased by 1% to 30.78 M Oz, nevertheless miners managed to reduce all-in sustaining costs (AISC). (See this article on Mining.com).
It's a dynamic equilibrium: exploration efforts of the previous decade have started to bear fruit. More mining capacity is therefore coming on-line. This is balancing premature closures of mining sites and bankruptcies or chapter 11 creditor protection for junior producers (Great Basin gold, San Gold, Allied Nevada to name a few).
At the other hand, the quantity of reserves added does not match the quantity of reserves mined.  On the contrary: due to the protracted downtrend of gold, several major miners have written off part of their reserves, converting them to 'resources', since they currently can no longer be mined profitably.  As mining is a wasting asset, this inevitably leads to a decrease of the global mine production some years down the road.  Unless gold prices rise both substantially and sustainably, peak gold production is indeed almost certain to occur before the end of the decade.

Peak-silver probably is further off.  The large fraction of global output as a by-product also implies that silver output will decline if the demand for copper, lead, tin and zinc drops.  Due to their limited market share, primary silver producers are unable to rapidly crank up production in such event.  This blurs the picture for the future silver production quantity.

(*) Especially in US publications, you often find gold quantities mined in excess of 3,100 tons for 2014. Tacitly a different unit is being used. Those tons are 'short tons' equal to 2,000 lb, which translates to 0.907 metric tonne. The different orthography is but a poor clarification for an international public... provided the author is aware of the how the unit choice affects spelling.
As usual there is yet another 'imperial tonne' used in the UK, which is equal to 2240 lb. It sometimes is called a 'long ton', since it translates to 1.016 metric tonne.

(**) By 'free gold market price', I only emphasize the difference from the situation valid under the Bretton-Woods agreement, whereby the USD was gold convertible at $35/Oz.  In 1971 the gold link was revoked and the 'gold window' closed to foreign national banks. It also meant the end of stable exchange rates among currencies.  As proved by GATA, the gold market price has been manipulated with various means and success, probably from the first runaway gold rally onward.
Geplaatst door Gwyde op 11:34

The yellow metal peaked in August 2020 at an all time high, with miners following in the slip stream. While little over one year later, gold...